Continuing the series about how AAEA Master Photographers create their best work, I asked Jamie Cole to compare and contrast an early favorite image with a recent one.

Jamie is the creative director for Advanced Content/Red Barn Media Group, which publishes custom magazines like AGCO’s FarmLife. He has not only earned AAEA’s Photographer of the Year award, but also Designer of the Year and Writer of the Year. As such, he is definitely one to learn from.

How has your photography improved over the years? Please compare and contrast two photos.

“The biggest change in my photography over the past 10-15 years is, to be honest, owed to a change in career and priorities. It’s a fact of life in our niche of the business that we must be utility players in the field: At one time or another, we’ve all been writers, editors, photographers, videographers. It is only recently that I’ve been able to work in the field with another person—usually Red Barn’s exceptional editorial director, Richard Banks—who is responsible for “the words.” When my only job is to capture images, well…that’s what gets all my attention.

Even my favorite stuff from my favorite early shoots, such as the image of the two little girls with the horse from an early project I managed called “The Best Places To Live In Rural America,” was basically point-and-shoot photography, by necessity. I loved the image, but had to admit not enough attention was paid to the technical details, and rarely were images like that “found” or “of the moment” … I was wearing too many hats in the field to pay attention. 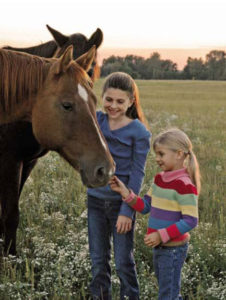 Contrast that with the image of the father-and-son cattle ranchers riding into the sunset; not only was it a captured moment, but because I was working with a writer, I was able to take a moment, consider the best lens, frame it properly and do some bracketing to capture the best light. In the field, time is a gift, even if it’s 45 extra seconds. 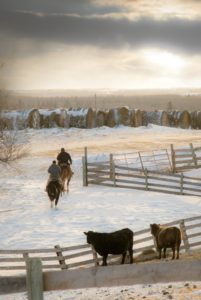 Note: This is the fourth in a series about how AAEA Master Photographers create their best work.