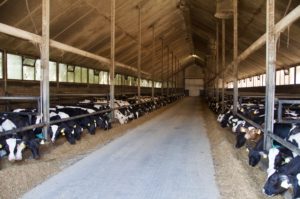 When someone from the United States thinks about what the beef feeding industry looks like, we think of large feedyards in the Midwest and High Plains area of our country, but when you take a look at the beef industry in the Netherlands, it’s a totally different picture.

Since the dairy industry is so prevalent in the Netherlands and surrounding countries, the Dutch beef industry includes cattle from dual-purpose breeds used for both milk and meat, and male calves from most diaries are fed out for veal meat. 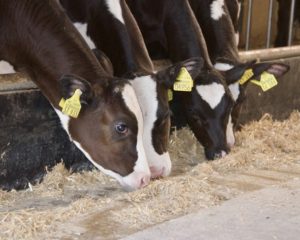 The farm of Hans and Marloes Luijerink showed a great picture of the veal industry, with 4,500 calves fed out each year for white and rosé veal meat. The types of veal are named by the color of the meat. White veal is fed only milk for about seven weeks, at which time they are harvested. Rosé veal is fed milk for the first seven weeks and then fed a total mixed ration for about eight more months or until the cattle are 900 pounds, when they are harvested. Different feedstuffs are available for the later part of the feeding process. Some corn is used, but mostly imported soy and rapeseed, as well as palmed and rice. Straw is also a big part of the forage diet. 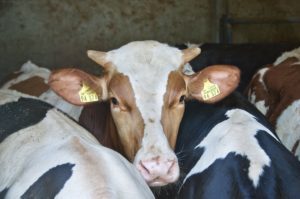 Most of the calves are purchased from German dairies in groups of about 560 head at a time, every few weeks. The main market for the rosé veal is to France and Italy since the prices are better. Some rosé meat is also sent to Germany and Spain or sold in Holland. The Luijerink’s production is 50-50, rosé and white veal.

Interestingly, none of the calves are castrated or dehorned. Hans said they don’t have problems with either of those and the main reason for that type of management is from an animal welfare demand of the consumers in the European Union.

“We often have tours of our farm because we want to show the people what we are doing and that the calves are treated well and the meat is good to eat,” said Hans.

Calves are raised in a confinement situation with slatted floors and manure collection. Manure has to be carefully managed, and Hans said they must pay to have it taken away since they don’t have enough ground for utilization. The manure has to be dried prior to trucking to other sites, mostly in Germany to utilize as fertilizer. 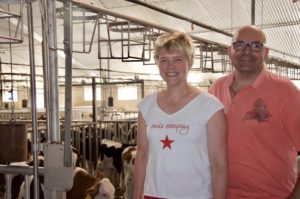 “Our production is people, profit and planet. We need the profit to be viable and to be able to help the people and planet,” said Hans.

This family operation has gradually grown since beginning in 2002. They hope to have some of their five children continue to be involved in the operation in the future. 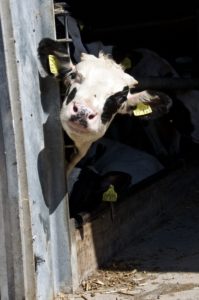 While there are many similarities in the actual cattle and people in the Netherlands and the U.S., there are also some clear differences. Traveling to other countries helps us learn about different practices and how consumers around the world demand different management. Producers have learned how to make these methods work on their operations to raise animals to meet the needs of their customers.