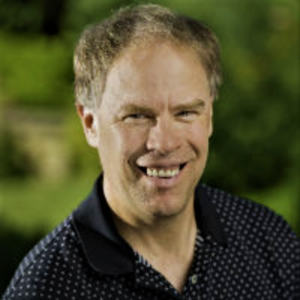 By ACN Past President Gil Gullickson

Andy Russell didn’t know what to make of this Chuck Noll fellow.

Noll, who started coaching the National Football League’s Pittsburgh Steelers in 1969, was puzzled why the team consistently lost. It soon became apparent after he watched its game films.

“The problem is you’re just not good enough,” he told the team at its first practice. “You can’t run fast enough, you can’t jump high enough, you’re not quick enough. I’m probably going to have to get rid of most of you.”

That didn’t mesh well with a group of professional athletes who had been told how great they were since age six. True to his word, Noll only kept five of those 40 players by the time Pittsburgh won its first Super Bowl in 1975.

Russell, though, was one of those five players. Noll saw raw linebacker potential in Russell that just needed to be polished.

“He said to move my right foot two inches to the right, and one inch back when I lined up against a tight end,” Russell recalls.

Russell asked if this would really help.

It turns out that shift in inches nixed the tight end’s effort to block Russell. He was then able to easily tackle the ball carrier or sack the quarterback, which gave the Steelers an extra possession of the ball. That one possession may have been enough to win a game, which could then translate into a playoff appearance. Ultimately, it was those repeated playoff appearances that enabled Pittsburgh to win four Super Bowls in the 1970s.

Noll’s approach is similar to the one I took in writing Pay Dirt, which appeared in the January 2021 edition of Successful Farming. Pay Dirt was literally a story of inches, woven with quotes and paraphrased comments laced with data collected over a couple months of interviews.

A story that Brandon Hunnicutt, a Giltner, Nebraska, farmer, told regarding farmer skepticism of climate change at a national farm meeting formed the lead. This was reinforced by a quote from Ben Riensche, a Jesup, Iowa, farmer, early in the story that explained why farmers were skeptical of climate change: “They worry about someone who’s never even planted a potted plant in some distant urban environment will start telling them how to farm.”

I followed up with the “money quote” of a story, as my friend Max Wenck, director of agriculture for MorganMyers, calls it: “Even if some farmers don’t believe in climate change, they believe in money.”

Ben Pederson, a Lake Mills, Iowa, farmer, made a comment that ended the story perfectly. “We live in a society that rewards problem solvers. At the end of the day, all this can solve a problem and also add value to our crops.”

Some of the material in a story like this surfaces almost by accident.

A hallway conversation with Marty Wolske, who is now the publisher of Successful Farming, led to an interview with Jamie Powers and Aliza Wasserman-Drewes with Rural Investment to Protect Our Environment. They revealed a little-known lament about carbon markets back then that is now a common complaint—that farmers are underpaid for their greenhouse gas mitigation efforts.

A last-second look at the story revealed a hole that Debbie Reed, executive director of the Ecosystem Services Market Consortium (ESMC) filled. She noted that nitrous oxide and methane are far more  hazardous greenhouse gases than the more familiar carbon dioxide. She discussed work that ESMC is doing to reward farmers for squelching these gases.

Inches add up, whether it’s in football or agricultural writing.

Gil Gullickson is the executive editor of Crops Technology with the Meredith Corporation.

Gullickson won the 2021 “Story of the Year” and was named the 2021 “Writer of the Year” at the ACN Communication Awards. In addition, he won four other awards in both writing and photography categories.