By Katie Knapp, The Ag Photographer

AAEA has long given the award of Master Photographer. As the chair of the new Photography Special Interest Group, I asked a few who have earned the award questions so we can all learn a little more from them. Their answers will be published over the coming weeks here and in the Photo SIG Facebook group.

First up is Jim Patrico, who was named Photographer of the Year at least six times during his tenure as an AAEA member. He recently retired from The Progressive Farmer after 20 years. His career has taken him to all but one state, 20 countries and five continents.

What is the image you are most proud of and how did you create it? 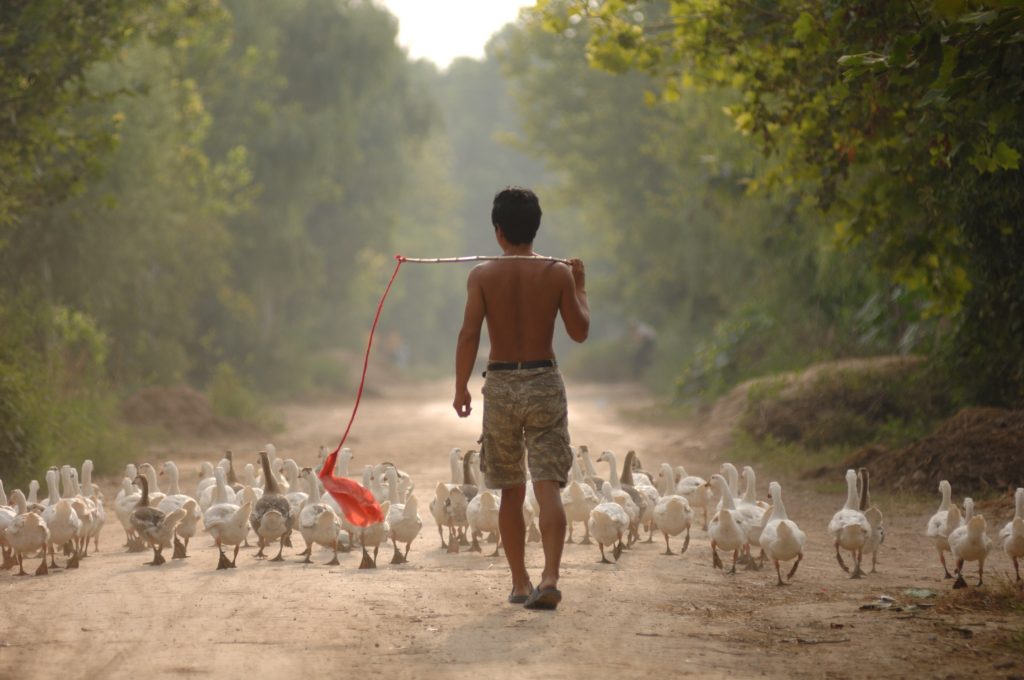 “Hard to pick one. But this image has a back-story. I was at an agricultural experiment station in Hebei Province, China, and had just finished shooting indoors. I was about to get into the car with my driver when I heard a clatter of quacking on the road behind me. My view was blocked on either side by trees, so I walked to toward the road in time to see a young man herding a flock of ducks. I had both cameras with me but realized neither had the telephoto I thought I’d need for the shot. So I ran back to the car, got my telephoto and ran back to the road. Sure enough, the telephoto was the right lens. It focused the eye on the young man with his herding stick and a line of ducks. The trees in the distance were soft focused and formed a nice tunnel of light. Luck had it that the herding stick came with a red flag, which added a splash of color near the center of the frame. For an extra dollop of luck, the duck herder’s flip flops and the some of the ducks’ feet were lifted at the same angle. I later learned that the duck herder was moving his charges from a pasture where they grazed during the day to a pond where they spent the night safe from predators.”

Note: This is the first in a series about how AAEA Master Photographers create their best work.