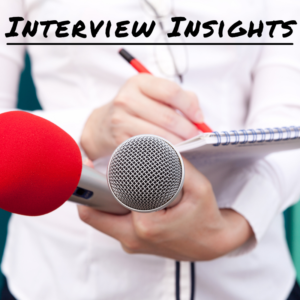 By Past President Elaine Shein

When you ask your question, think about whether you have offered your source a roundabout: Are you giving that person too much of an opportunity to take off down a different direction than what you intended? Then it may be difficult to get back to where you wanted.

How did you get there? Often it’s because you didn’t ask just one question. You asked several questions at once.

When you do this, you create a roundabout. If you ask three questions at once — the person you are interviewing can veer off and answer whichever question they wish. Often the person selected the easiest, least confrontational, or just the last one of the series of questions.

The easiest: If you include a question that simply requires a yes/no answer, the person will be tempted to answer just that one. Did you … are you … were you … Is that … Will it … If all you get is a yes or no answer, you will need to work harder to get more from that source and you might not have the time or opportunity, depending on the situation.

Least confrontational: Politicians like the yes/no ones when it suits them best, but when given the “least confrontational” option, this often will be the one they will answer on the question roundabout. It also helps them divert attention to whatever topic/message track they want.

Last part of the question: Most people, when asked several questions at once or a complicated question, remember (or pretend to only remember) just the last part of it unless they wrote down every question. This is often seen during panel discussions or press conferences: The interviewer asked a question that is actually a few questions, and the interviewee answers just the last one, them moves on to someone else’s question.

Here are a couple examples of roundabout questions.

Example 1: This following is from a May 4, 2022 press conference with Federal Reserve Chair Jerome Powell. (https://www.federalreserve.gov/mediacenter/files/FOMCpresconf20220504.pdf)

A Bloomberg reporter asked: “The balance sheet, why did you decide to wait until June 1st to begin letting securities roll off and not start immediately start in the middle of this month, say? And do you have another, a newer or a better estimate for the monetary policy impact of letting the balance sheet decline? And then finally, I’m just curious why you felt the need to address the American people at the top of your remarks? Are you concerned about Fed credibility with the American people?”

Powell answered some parts of the question(s), but the reporter realized at the end of it all that not all of them were answered.

The reporter finally ended up with a simple follow-up: “Do you think the Fed has a credibility problem?”

Powell replied, “No, I don’t.” Then he followed up with more to explain why.

Another example of when too many questions become a roundabout was a Donald Trump press conference when he was still president-elect on Jan. 11, 2017. These are from BBC transcripts (https://www.bbc.com/news/world-us-canada-38536671):

QUESTION: President-elect, I have a question about the Supreme Court and border security. But I also wanted to ask you about something you said on Twitter this morning. Are we living in Nazi Germany? What were you driving at there? Do you have a problem with the intelligence community? And on the Supreme Court, what’s your timeline? You said a while ago you were down to four. Have you conducted those interviews yet? What’s your timeline for nominating? And on the border fence, it now appears clear U.S. taxpayers will have to pay for it up front. What is your plan to …

TRUMP: That’s not clear at all. OK.

QUESTION: … to get Mexico to pay for it?

TRUMP: I’ve got it. Do you have any more?

Trump — as would any politician, I should add — used the question to go off on tangents. However, he did reply on two areas of the original question: comments on border security as he talked about the wall with Mexico; and then he answered he had a list of 20 candidates for Supreme Court judge and “met with numerous candidates” but didn’t answer anything about whether there were any formal interviews, what are they down to for final candidates, or what was the timeline.

He only addressed the question about Nazi Germany when a reporter asked a much shorter question for a second time on what was Trump driving at with his tweet.

I admit that I am sometimes guilty of doing the question roundabout; I then become frustrated because I didn’t get all the answers I hoped. The more aware I am of this problem, the better driver I can become for future interviews.

Suggestions to avoid the question roundabout:

Try to keep it to one thought per question.

If you want a direct yes/no answer, ask a direct question that requires a yes/no response. Otherwise, try not to give that option as part of your question.

Decide how you want your question to be because of what you want it to accomplish — will it be conversational? Confrontational? Is the question aiming to get a new fact or serve as a fact check? Are you hoping for an anecdote? Looking for feedback on a statement? Are you hoping to obtain a narrow reply with a limited focus or want it more wide-open so you can then follow up with more focused questions based on that first one?

That should influence what is your actual question so it moves the interview forward without giving the other person a chance to pick an exit ramp.

This week’s challenge: Watch a press conference or interview on TV or perhaps one you are attending as part of your job. Listen to questions others are asking. Was there one thought per question, or several thoughts/questions in one? How was the question answered? What do you think would have been a better way to ask the question?

Shein is DTN Associate Managing Editor in Omaha, Nebraska. She has formerly worked for Capital Press in Oregon, The Western Producer and Regina Leader-Post in Saskatchewan, Canada, and Gemini News Service in London, England. Elaine Shein can be reached at eshein@yahoo.com