The AAEA Lifetime Achievement Award is designed to honor current and former members of the organization, including those who may be deceased, for outstanding professional and personal achievements and leadership, with specific emphasis on contributions toward improvement of the viability and value of AAEA. This award is reserved for those who have adhered to high standards of professionalism in all aspects of their endeavors.

The AAEA Lifetime Achievement Award is open to all members based on years of professional accomplishments and other criteria as noted below:

The AAEA Legacy Committee will select the winner(s) and may, at their discretion, select to honor up to three nominees annually, including at least one deceased member. Contact Legacy Committee Chair Larry Dreiling with questions, ldreiling@aol.com, 785-628-1117.

Nominations for 2020 have closed and will open again in Spring 2021. 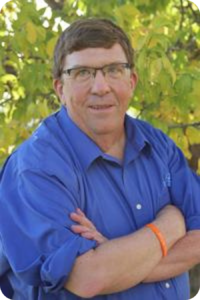 Slide Up Larry Dreiling Annette: Our second recipient of the Lifetime Achievement Award is Larry Dreiling. One of the most well known AAEA leaders in the industry, former AAEA president and chair of the Legacy Committee, Larry’s work within ag journalism is second to none.
His biographies are listed in Who's Who In The Midwest and Outstanding Young Men of America. Larry formerly served on the national executive committee of the Fort Hays State University Alumni Association and as communications director of its Boot Hill Chapter. In October 2011, Larry was presented with FHSU’s Nita Landrum Award, given for service to his profession, community and the university. 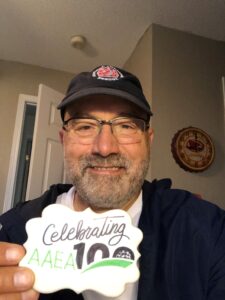 For more than 30 years, Gene Johnston has been a champion of AAEA and PIF programs.  From founding ACT chapters in college, to supporting the creation of the AAEA Professional improvement foundation, Gene has always had a unique commitment to expand professional development to editors around him.  He served as AAEA President in 1989-1990 where he was crucial in establishing “Standards of Integrity” for AAEA members to complement our mission of professionalism.

Special thanks to CHS for supporting this award!